When I first met my husband, one of the many tests I had to pass was whether or not I could sit through Star Wars. And by Star Wars I mean the trilogy – before the the new trilogy, which was set before the old one. I’m talking retro Star Wars- Return of the Jedi, Empire Strikes back and so on. Initially I really didn’t get the attraction- until I saw how skimpy Princess Leia’s bikinis were when Jabba the Hut held her hostage- then I totally understood why she was every geeks pin up girl!

So after many, many attempts of watching Star Wars it started to grow on me – very much like the sound of screaming children does. It was the eternal story of good versus evil all set amongst the glorious backdrop of a galaxy far, far away…

Fast forward many years, and now our twin boys are huge fans of Star Wars also. And luckily for them, their father kept all his Star Wars toys from the 70’s, some still in packets! (I’d be lying if I said I hadn’t thought about selling them on eBay).

So where does fashion come into it? I know, Star Wars Fashion sounds like an oxymoron doesn’t it? That’s what I thought too until I laid eyes on Black Milk‘s new range of Star Wars inspired bodysuits. If you’re not familiar with Black Milk you really must check out their website and read all about the company’s founder James Lillis. It really is a rags to riches story, it all started with a pair of leggings he made with some stretchy fabric. A friend wanted to buy them and the rest as they say, is history.

Black Milk is sold online and features the most amazing leggings – check out the pink skeleton ones – fabulous! Most recently though, Black Milk has struck a deal with George Lucas and the whole Star Wars franchise and are now able to reproduce the images legally. So far the range is only available in bodysuits and features characters like C3PO and R2D2. It’s not for everyone, but I will definitely have to buy one to surprise my husband with. x 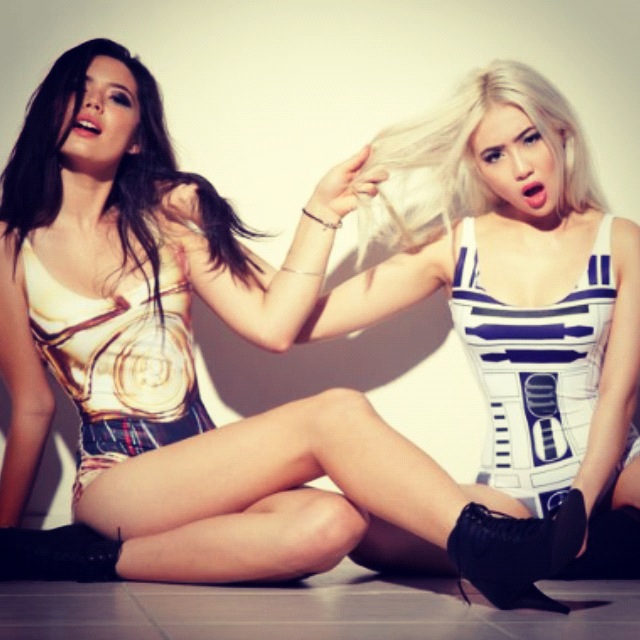 The most beautiful night with the most ridiculously gorgeous sky I’ve seen in a long time. 💙🙌🏼
After 25 years of marriage together this is bound to happen! 😂 Happy Anniversary babe! 💙
Hang in there. We’ve got this. 💙
Happy New Year everyone. May 2022 be filled with everything that brings you happiness.
Always chasing summer skies…now and then.
Two weeks until Summer! 🤪🤪