“Just because she’s beautiful doesn’t mean she needs to wiggle her butt!”

I am so proud of that quote I can’t tell you! You see it came from our 7 year old son who commented this to his aunty while watching an ad for a Disney movie.

I’ve been trying to find the right way to start my article on Raising Men and then our youngest offspring comes up with this line that is so profound that it has just blown my mind.

Just with that comment alone- I feel there is hope for mankind. Stereotypes can be challenged and broken. Women you don’t need to wiggle your butts and men you don’t have to like it.

Too many people feel the need to exaggerate and encourage their child’s gender stereotype – rough and tumble their boys and turn their girls into princesses. God forbid their son likes to put on heels and dance around the house- best we stop that before he acquires a love of expensive shoes!  Why don’t we stop our girls from dressing up as builders or firemen? Sure, there are a few exceptions to the rule but in general all I see around me are little princess girls dressed in pink with bows in their hair. The first thing we find ourselves saying to little girls is how beautiful they look. We compliment them on their appearance all the time. I like your outfit. Your hair looks pretty. I love your shoes. You’re so pretty. So of course girls grow up thinking this is what society wants them to be like. How they should act. This is how they’re expected to present themselves. Play down the brain and play up the beauty.

One of my favourite songs is Lily Allen’s “Hard out here for a bitch.”

It’s all about how hard it is for women to succeed in a world where they’re expected to act and behave in a particular way. And if they don’t fit into that model of ‘perfection’ then they may as well retreat to the deep darkness of the forest and slowly rot away and die. I hear you Lily, it is hard out here for a bitch!

I could go on and on about what’s wrong with the way society expects little girls and women to be, but what I really wanted to talk about is boys. How about we put just as much energy into educating our boys. We’re all about teaching girls to stay safe, being comfortable in their bodies and having the right to say no. However much less conversation is had with our boys. I feel it’s so much more important that we educate and raise our boys in a way where they will grow up to be respectful husbands, boyfriends and fathers. Teach them that just because a girl is dressed in a particular way doesn’t mean she’s asking for anything. Teach them to be the man that says No, that’s wrong rather than be the boy that follows the pack. We need to let them express their sensitive side. Let them cry. Let them talk. Let them see that a real man is one who treats a woman as an equal. A real man never hits a woman. A real man will not take advantage of a woman who is vulnerable. A real man will see that a woman is so much more than just her body. 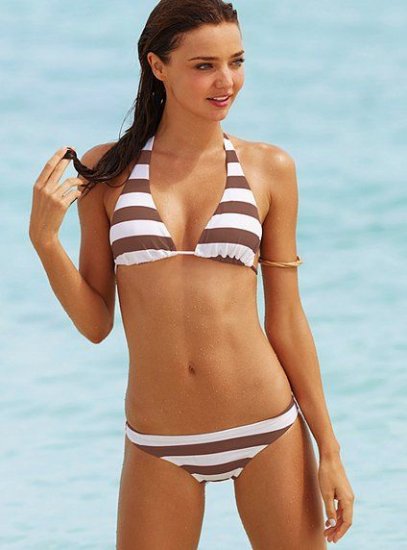 Showing young boys images of women in bikinis and asking them if they think these girls are pretty is not productive or necessary in my view. It’s almost like we’re teaching them that this is what they must enjoy and this how women must present themselves in order to be seen as attractive. Girls need to be skinny and pretty with long hair and the boys must be sporty and love to drink. What happens though when your son hates sport and loves to dress up and perform. Or what about if your son doesn’t like to be a rough and tumble boy and loves nothing more than cuddling up to read a book. Does that make him less male than a sporty jock? Unfortunately in some people’s eyes- yes. They’re afraid of raising sons to be kind, compassionate and caring. These are all adjectives that people often associate with girls not boys. Boys are described as strong, tough and fast. Young boys are bombarded with stereotypes of what a man is all the time. Stereotypes that they feel they need to subscribe to in order to be a man.

I disagree. I think it’s up to us to challenge these notions and raise our boys right.

1) The strongest role model for a young boy is the same sex parent or close relative. A child will learn so much more by what he sees rather than what he hears. Be a great role model- treat women with respect and your boys will grow up to do the same.

2) Don’t encourage male stereotypes if they are not already evident in your child. Not all boys have to know how to throw a ball. That’s ok. Don’t push it. Don’t make them feel like a failure.

3) Celebrate their interests. Whatever they may be. The only obstacles and stereotypes they will encounter are the ones we put in front of them.

4) Encourage their sensitive side. It’s okay to cry. Boys do cry. Women love men who cry.

5) Let them talk. As boys grow up they stop talking– to their parents, to their siblings and to each other. Keep the lines of communication open. Let them know they can talk to you any time about anything. Don’t judge them. Just listen.

6) Educate young boys about stereotypes. Talk about why certain advertisements show women in their underwear. Discuss issues such as pornography and how that is not always what a real woman looks like or behaves in the bedroom.

7) Allow young boys to experiment. Let them choose their outfits, the music they want to listen to and the toys they play with. They know who they are and all we can do as parents is help guide them along their way.

8) Above all teach them kindness and respect for everyone- especially women.

I’m certain women would have an easier journey through life if they weren’t constantly bombarded with all these impossible expectations put on them by men and society in general. Let’s educate our boys to accept and love women as they are. Let’s raise our boys to become decent men that will protect a vulnerable woman instead of taking advantage of her. Teach boys that women are their equals and not their play things. I think if we all did our part we can change things. Let’s not sit back and complain- let’s do something. I’m doing my part to raise real men– you can too! X