The other night I saw a great documentary on ABC2 titled Dying For Clear Skin. It showed us the impact acne had on a group of teenagers in the UK. In particular, the journey of 2 young boys that had suffered greatly with acne and as a last resort turned to the controversial drug Roaccutane. Roaccutane is one of the names for a group of drugs called Isotretinoins.They are very effective in getting rid of acne- especially the cystic type that can be quite painful. In most cases you only need to take the drug for 6 months to eliminate your acne completetly. If you’re one of the lucky ones then the acne shouldnt reappear again. HOWEVER…this drug is very controversial and only recommneded as a last resort because of all its nasty side effects. Some of those include dry lips, dry skin, hair loss, sexual dysfunction, depression, suicidal tendencies and hallucinations. Pretty nasty stuff, right?

Why would anyone in their right mind risk all these side effects to get rid of a few pimples on their face, you might ask. If you need to ask then you’ve probably not suffered from severe acne as a teenager or even an adult. I totally understand why someone would resort to this drug. Because I nearly did.

As a teenager I suffered from mild acne that got progressively worse as I approached my twenties. I went through all those moments that an awkward teenager goes through with the added pressure of having horrible skin. For a young teenage woman, her appearance really is a huge part of her self esteem and ego. I was no exception. I worried about my weight, my hair and most of all my skin. I longed to wake up one day without a new eruption on my face. I longed to walk out of the house without concealer and foundation plastered on. You see it wasn’t just that I had to deal with covering up my skin it was having to deal with the sadness that came with it. I truly believe it changed a part of my personality. It made me withdraw from certain situations. I didn’t feel comfortable when people looked at me too closely. It changed the way I spoke and the way I reacted to people. Sure, thinking about it now I can see how superficial it all sounds but you have to remember that I wasn’t yet strong enough or confident enough in myself to just say “Stuff it!” I just wanted to feel free and comfortable in who I was. And to me, a huge part of that meant having clear skin.

So began my journey towards the perfect complexion. Here’s a list of things I tried over the course of 10 years to try and clear things up:

1) Antiseptic face washes.
2) Naturopath prescribed potions and lotions.
3) Tea tree oil.
4) Swallowing a clove of garlic morning and night.
5) Drinking litres of water a day.
6) Cutting out sugar, fried foods and dairy.
7) Taking the pill.
8) Not taking the pill.
9) Going on a course of antibiotics.
10) Clearasil.
11) Wearing mineral make up.
12) Not wearing any make up.
13) Changing my shampoo.
14) Sleeping on a new pillow case every night.
15) Having a chemical peel.
16) Visiting a beautician once a month who would pop every single zit on my face.
17) Clearasil, again.
18) Having a green chemical peel that burned my epidermis so much that I was peeling for days.
19) Laser therapy.
20) Staying out of the sun.
21) Burning in the sun to get a tan on my face that would make my acne less obvious.

I could go on and on but it’s exhausting even just writing about it. I gues what I’m trying to say is that I tried everything! My acne followed me into my 20’s too. It was then that I toyed with the idea of trying Roaccutane but was scared off by the warnings that said you should not fall pregnant while taking it. I wanted to fall pregnant so I went to my GP for a check up. It was there that I was diagnosed with Polycystic Ovarian Syndrome and finally found the cause of my acne. I was put on a dose of antiandrogens that helped clear up the acne but of course with the discovery of POS then began the whole infertility struggle. Which is a whole other story!

So what’s the point of this post? The point is, I’ve had clear skin for so many years now that I’ve kind of forgotten how unhappy I used to be when I looked in the mirror and how I longed for the day when I could walk out of the house make up free. A day like today. When I’m out and about without a trace of concealer anywhere. Something that to some may seem like no big deal, but to me was all I ever wanted. I just wanted to acknowledge that sometimes I forget to be thankful for something I’ve wished for for so long. If you’re like me and suffering from severe acne that seems to hinder who you really want to be- just know, I totally get it. You’re not being superficial and you’re not being petty. It really does take a strong character to not be affected by it. Do go and see your GP though because chances are, just like in my case, the acne may be a product of a deeper underlying issue. And just know that it will get better. Eventually. X 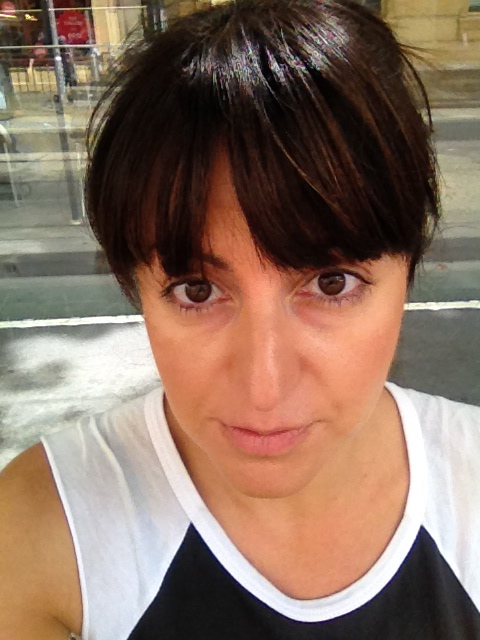