About a year ago, I was prompted to write an open letter to Kim Kardashian West after seeing one too many racy selfies of the mum online. You can read the letter here.

Below is a little snippet of what I wrote. I haven’t gone back to edit any of it because that’s the way I felt at the time and still stand by my statements.

Upon opening Instagram today I saw the photo below of you flashing your breast.

I’m kind of confused and disappointed that you’re heading back down this path of saturating your social media with topless pics of yourself. You did the same after those ‘fat photos’ of you emerged while you were holidaying in Miami or Mexico or wherever you were. You felt the need to show the world that that’s not really how you look. That the cellulite wasn’t real. That you don’t really look like that. 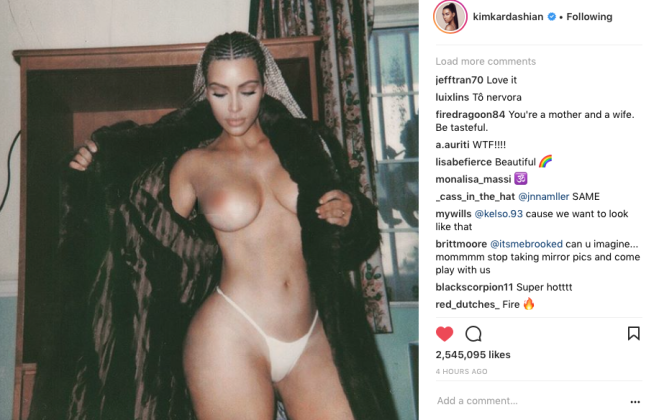 So what’s prompted all these Kim? Has someone said your body was less than perfect. Cause it’s not. You have an amazing figure and whether or not you’ve been surgically enhanced doesn’t even matter. You look amazing pretty much 99% of the time. Especially with your clothes on.

You don’t need to keep sharing photos of yourself naked on a bed, or topless in the mirror, or from the back wearing a thong. You have two girls that look up to you and will emulate you in every conceivable way.

My letter came out of  frustration in seeing Kim in a constant state of undress. And for all those who say “well how can you be a fan and knock her at the same time?” Well I just can- that’s how the world works. Loving and supporting someone doesn’t mean agreeing with their every decision.

So why are we back here you may ask? Well it seems Kimmie has had a change of heart about her sexy image too. As fans of the reality show would know, Kanye has expressed his dislike for her overly sexy attire- especially her dripping wet dress from the Met Gala. 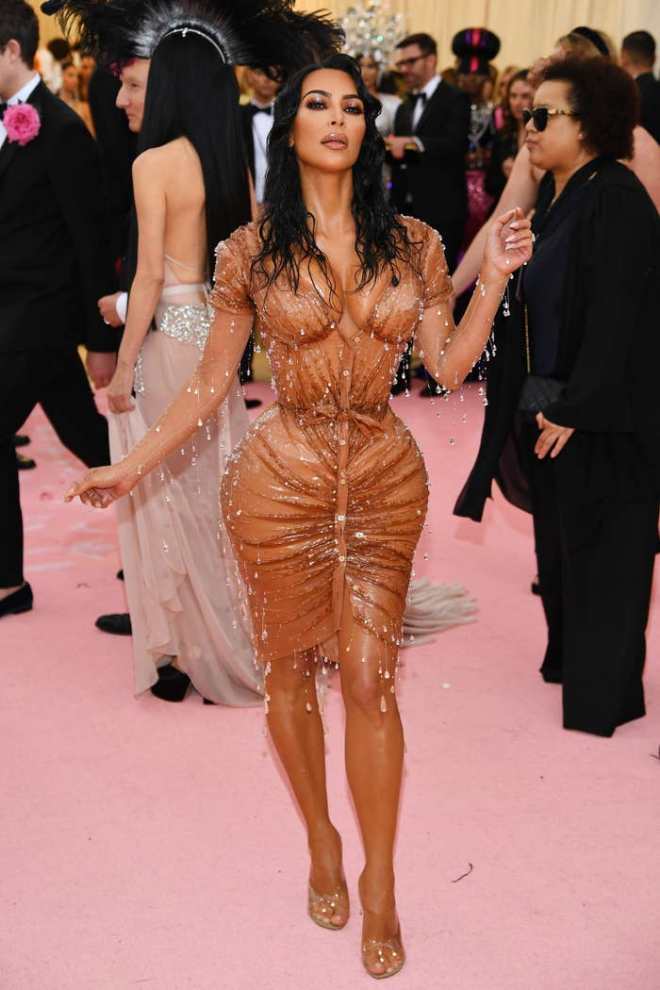 “You built me up to be this sexy person and confidence and all this stuff. And just because you’re on a journey and you’re on your transformation doesn’t mean I’m in the same spot with you,”Kim said to Kanye at the time.

A little ironic coming from the man who pretty much built her up to be the sex goddess she is. He has and will always be her number one fan but even he feels enough is enough. Maybe Kanye’s new-found love of christianity has something to do with it – because daughter North has found herself in the firing line too and has been banned from wearing crop tops and make up.

The mother-of-four has vowed to dress less sexy from now on and acknowledged that her husband’s request plus her work in the White House has led to that decision. Kim says she will now think more carefully about what she wears to events and on red carpets, as well as what she posts on social media.

(As a side note, I think Kim always looks her best in sweats and with minimal make up.)

“I don’t know if it’s the fact that my husband has voiced that sometimes too sexy is just overkill and he’s not comfortable with that. I listen to him and understand him. Still, at the end of the day, he always gives me the freedom to be and do what I want.”

Speaking to New Yorker magazine, she added: “But I have kind of had this awakening myself. I realised I could not even scroll through Instagram in front of my kids without full nudity coming up on my feed pretty much all the time. And I definitely contributed to that.”

Please re-read that last sentence. AND I DEFINITELY CONTRIBUTED TO THAT.

Say what you want about Kim but she always owns her shit. (i.e. the whole Kimono debacle saw her admit her mistake and change the name of her company to Skims).

Kim is aware that she has kids now who are scrolling through Instagram and are seeing naked body after naked body. And while she seemed okay with that just a year ago perhaps something has now shifted where she no longer feels that’s appropriate for her journey.

Or perhaps it’s the fact that she’s making inroads to the White House and studying to be a lawyer that has bought about this change.

“I also did think, like, ‘OK, I’m here in the White House,’ and then the next day I was posting, like, a crazy bikini selfie. And I was thinking, ‘I hope they don’t see this.’ I have to go back there next week,” she said.

Look, this may all be a huge publicity stunt or maybe she truly has had a change of heart and no longer feels the need to be ‘so naked’ online. I for one look forward to seeing where her journey takes her…and I have a suspicion it may just lead her to the White House. Hey, if Don can make it, there’s no reason why Ye cant!

Brothers by blood, best friends by choice. Happy 15th Birthday to these two blessings who bring so much joy to all those who know them. So many great memories together and so many more yet to come. 💙💙🧿🧿
The most beautiful night with the most ridiculously gorgeous sky I’ve seen in a long time. 💙🙌🏼
After 25 years of marriage together this is bound to happen! 😂 Happy Anniversary babe! 💙
Hang in there. We’ve got this. 💙
Happy New Year everyone. May 2022 be filled with everything that brings you happiness.
Always chasing summer skies…now and then.